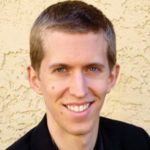 Are you trying to reach the higher levels of jazz piano ballad playing? Maybe you feel like you’re missing something in getting that deep, rich, and lush cocktail jazz sound. Maybe you’ve learned all your basic jazz chords and scales, but now you want to take it to the next level and get a much more diverse and interesting sound. If so, you’ll love the techniques in this Quick Tip where we’ll learn advanced jazz piano arranging tips on “Misty.”

Whenever jazz enthusiasts think of jazz ballads (or Cocktail Jazz), the tune Misty written by Erroll Garner in 1954 definitely comes to mind as one of the most popular tunes in the style. Almost everybody loves the beautiful melody and chords contained within this tune, and that’s why it is a must-know for any pro jazz pianist. That is also why we are using Misty as a basis for the various techniques we’ll be talking about and applying to make an advanced jazz piano arrangement. Hopefully, that’ll make it easier to grasp these principles so you can use them on any other jazz piano tune you play.

In this lesson, you’ll learn:

Excited to take it to the next level? Let’s dive in!

Getting Ready: The Chords For “Misty”

Briefly review the chords to Misty. We’ll be pulling from parts of the chord progression as we discuss the different techniques.

We won’t be making much reference to the melody here due to copyright, but you can certainly fill in the blanks in your own playing.

Dominant 7th chords in a chord progression are typically the most versatile in harmonic and melodic possibilities. This is because they are already the most unstable chord in the key and they get you aching for a resolution (to the tonic or I chord).

That’s why it’s cool to add more tension notes to a dominant 7th chord over any other chord type (tensions such as altered extensions like b9, b13, etc). There are also dominant sus4 chords which you also may be familiar with. All these types of tensions produce different feelings and colors, yet they all still pull you towards the tonic chord in the end.

Now, simply adding these tensions to your dominant chords is probably something your already familiar with. But an advanced jazz pianist is intimately familiar with all these types of tensions, and may even use them in a sequence, or a progressive manner. This extends the motion and makes the dominant-tonic resolution much more like an extended journey, instead of simply playing 1 dominant chord and 1 tonic chord following.

Examples Of  Delaying Resolutions and Creating Motion on Dominant Chords

TIP: An easy way to play colorful dominant sus chords is to think of the ii chord of the V chord you’re on. If you’re playing a Bb13sus, you can simply play a Bb in the bass and an Fmi7 rootless voicing in the right hand.

Now, let’s add a dominant 9th moving down to dominant b9 motion:

If you have the 3rd and 7th below it, you can even move the b7 in the upper part of the voicing down to the 13th. This creates an upper structure voicing, (discussed in the next section):

Now, here’s some examples used in the turnaround (iii-vi-ii-V) in Misty:

If you want a deeper dive into upper structures, then check out Coloring Dominant Chords With Upper Structures.

Another way to think of it is playing a diminished chord a half step up from the root of the dominant chord you’re playing:

If you really want to achieve more advanced jazz piano arranging, then you can play this diminished 7th structure and invert it up and down using the drop 2 technique:

Contrary motion is a powerful technique many use in advanced jazz piano arranging. A rich sound is produced because we can perceive two distinct melodies, yet they still fit harmonically. These techniques have been thoroughly explored in classical music, especially in renaissance and baroque music. That is one reason why jazz musicians are so interested in the music of Bach.

Let’s take a look at some of the examples of contrary motion used in this arrangement.

Harmonizing melody in B section with contrary motion:

The use of parallelism (sometimes called planing), became quite popular in the 20th century. Essentially, we can take a chord or chord shape and move it either up or down, keeping all the same intervals in the chord.

This creates more motion in the harmony. The passing dominant 7th is so close to the dominant 7th we actually expected that we still hear its relation, but a resolution is still desired. If this sound were a game of catch, it would be when the ball bounces off the player’s hands after a throw, but they are still able to capture it before it hits the ground.

In this arrangement, while the harmonic motion is parallel, we might make our upper notes, the melodic motion over the chord something different. Maybe even in contrary motion:

Here are the same two chords, but we can make the first dominant 7th a dominant 7th sus chord for a different color:

Summing It All Up

I hope you’ve enjoyed this lesson on advanced jazz piano arranging for the jazz ballad “Misty.” We’ve covered just a few of the amazing advanced jazz piano techniques that are possible. I really hope this encouraged you to learn as many of these different possibilities and options as all this will serve as different musical colors for your artistic palette.

If any of this seems daunting, remember what the video said: when you look up at the mountain it might seem scary. Eventually though, you’ll be able to see from a higher viewpoint, but there still will never be a top, only scenic viewpoints. This is why we take things little by little and just enjoy our musical journey wherever it takes us!

Download the PDF below to summarize the main jazz piano arranging techniques used in this lesson. If you’re a member, you can also download the smart sheet music to transpose into any key!

If you want an even deeper into this and related jazz piano subjects, check out the following courses here at Piano With Jonny:

Thanks for checking out this Quick Tip. See you in the next one!

Get free weekly lessons to your inbox!

In this lesson, piano students of any level will learn an essential blues piano lick. Students can also use this lesson to level-up their blues sound.

You've decided to learn piano. Now the most important question is "what kind of music will you play?" Here are 10 reasons why you should learn jazz piano. 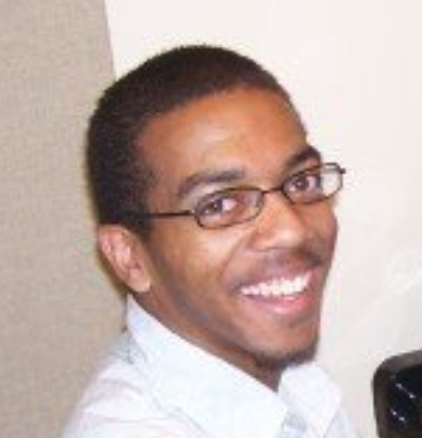 How to Improvise Film Music on Piano

Discover the techniques used by composer Joshua Foy to improvise various moods used in film music on the piano.

Become a better piano player today. Try us out completely free for 14 days!