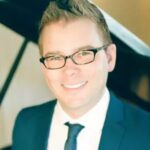 If you’re familiar with the jazz world, you’ve probably noticed that jazz musicians love chord substitutions! In fact, these days, jazz on the internet and social media can’t get enough of complex jazz harmony and substitution chords. It’s no surprise why, since these chord subs open the door to so many new ways of personal expression. That’s why in this lesson we are going to discuss simple but effective ways to create hip jazz piano chord substitutions.

It’s not hard for a jazz student to discover the 2-5-1 chord progression. After all, it’s the single most common chord progression in traditional jazz. That’s because the 2 and the 5 work together as a unit to create the strongest possible pull to our final goal chord: the 1. However, I’ll let you in on a little secret: there are several other chord progressions out there that also get us to that 1 other than the famous 2 and 5 🤔.

If you were to embark on a road trip, you might have a specific final destination in mind. Many times there is a common road or highway that most people take to get to that destination. However, if you wanted a more unique journey or experience, you might decide to take alternate or side routes to get there. It’s the same with chord substitution. Think of the I chord as the final destination, the 2-5 progression as the main highway to the 1, and these other chord substitutions as possible alternate routes that we’ll be discussing.

In this lesson, you’ll learn:

#1: Jazz Chord Substitutions – Approach the 1 Chord from a Half-Step Above

This is by far one of the most commonly used techniques in jazz piano chord substitutions. This is commonly called the tritone substitute. It consists of a dominant 7th chord one half-step above our goal chord: the 1. This takes the place of where the 5 chord would typically be.

An example of this in the key of C would be a Db7 chord in the place of a G7, resolving to Cmaj7.

TIP: A major reason that G7 and Db7 (and other dominant 7ths a tritone apart) can substitute so well for each other is that they actually share the same 3rd and 7th (guide tones). The only difference being that the 3rd’s and 7th’s switch places between the two chords.

Let’s look at an example of this used in the tune “Satin Doll.” There are some other techniques going on other than the tritone sub in this example, but we’ll discuss that in full detail a bit later.

A nearly identical chord progression is used in the tune “Moonlight in Vermont“:

Hopefully, you can see and hear the sound of the tritone sub in place of the 5 resolving to the 1. But what about the other chords in the tune?

Breaking down the “Satin Doll”/”Moonlight in Vermont” Progression

If you want the deepest dive into jazz reharmonization, then this section will hopefully give you some great insight!

If you took all the chords away leading up to Cmaj7, you could actually simply use a 2-5-1 (what we are used to hearing). The 5 in this case would have altered extensions because of the chromatic melody. The chord progression would simply be Dmi7-G7(alt)-Cmaj7.

Now let’s build step by step to see how we got from the chords above to the final chord progression in Satin Doll and Moonlight in Vermont.

Firstly, there is a commonly used chord substitution technique employed here called the secondary dominant. This is when you create momentum by approaching any chord with a dominant 7th a 5th above the target chord. It’s a perfect thing to do to on a 2 chord in a 2-5-1 progression for a different flavor as done in these tunes:

Then we make the V chord a tritone sub:

Finally, we can add the related 2 chords before each dominant 7th. At this point, we are treating each dominant 7th as if it was part of a brief 2-5-1 in their own perspective keys, yet they never resolve to their 1’s. Relating back to our road trip, overall we are currently on a journey to our final destination (in this case the 1 chord in the key of C) using an alternate 2-5 progression. Yet, on the way there we are briefly “driving by”other keys, but not getting out and staying in them.

Remember that in traditional jazz, the 2 and 5 are often viewed as a unit, when one exists, so can the other in most cases! Adding a related 2 before any dominant chord increases its color and momentum.

#2:Jazz Chord Substitutions – Approaching the 1 Chord from a Half-Step Below

There are certain cases where were can approach the 1 chord from a half step below, specifically a dominant 7th chord in this case.

Check out an example of this used in the tune “It Could Happen To You” :

As you can see, the dominant 7th is again accompanied by its related 2 chord. However, in this case, we are using a 2 and 5 related to the i of a minor key.

A nearly identical chord progression is used in the tune “Like Someone in Love” (also notice the cool sound of the #11 on the B7(b9) chord):

TIP: Another possible way to look at this progression conceptually, is by viewing the resulting 1 chord as actually being a 6 chord in the minor key it was implying to resolve to. Also known as a deceptive cadence, for those of you trained in classical harmony. In any case, once we arrive at this chord it immediately takes the role of the 1 chord once again in our overall key.

#3: Jazz Chord Substitutions -Approaching the 1 Chord from a Whole Step Below

Our final technique in our list of hip jazz piano chord substitutions is from a dominant 7th chord a whole step below our 1. Many jazz musicians also call this the backdoor progression.

Check it out in the classic jazz tune “Yardbird Suite” by Charlie Parker:

Once again, notice that this dominant 7th a whole step below the 1 (the b7 chord) is also being accompanied by its related 2 chord. As you can see, this is quite the common jazz principle!

TIP: For those of you theory nerds, these Bb7 and Fmi7 chords above can also conceptually be thought of as borrowing from the key “of C minor” even though overall we are in the key of C major. This is a common technique called modal mixture.

Check out another instance of the backdoor progression from a different part of “It Could Happen To You” :

This one contains a few elaborations to the progression, including an Fmin(maj7) and a Bb9sus. The Fmin(maj7) chord is a result of the melody being an E natural over an F minor chord. However, it also creates a cool motion when it resolves down to the Eb in the next chord, an Fmin7, which is expected as being the 2 of the Bb7.

Summing It All Up

I hope you’ve enjoyed this lesson on hip jazz piano chord substitutions. Go through each one and see if you can hear all the pulls that get us there. Using that principle, your ear may help you discern other possible chord substitutions! The key is knowing your final destination chord and then experimenting with the different routes to get there.

Be sure to download the PDF below for a reference to the techniques and tunes discussed in this lesson. If you are a Piano With Jonny member, you can also download the smart sheet music to transpose the music into any key you’d like!

If you want a deeper dive into this and related topics, then check out some of the awesome courses here at Piano With Jonny:

That’s it for this Quick Tip. See you in the next one!

7 Techniques to Spice Up a Jazz Melody

This Complete Guide on the Mixo-Blues Scale is your missing manual for professional blues piano soloing concepts and improvisation ideas.

You've heard of drop 2 chords, but what about lift 2 chords? If you want your playing to sound priceless, then invest in "The Gold Chord Voicing."