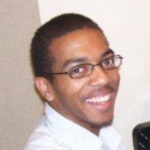 In today’s Quick tip, our resident composer and theory wizard Joshua Foy unpacks 5 Hollywood film scoring techniques to keep you on the edge of your seat!

The most common intervals that sound dissonant to our ears include the minor 2nd, the tritone, the major 7th, and the minor 9th. An excellent example of the major 7th is the Dracula theme by John Williams from the 1979 film starring Frank Langella and Laurence Olivier. Another iconic Williams theme used to provoke fear and suspense is the theme from the film Jaws which uses the minor 2nd.

A compositional tool that many composers such as Bernard Hermann, Jerry Goldsmith, and Béla Bartók have used to create unexpected and dissonant intervals is called “Set Theory.” They start by numbering the chromatic scale from 0-11 to represent the pitches of the chromatic scale. Then they decide which numbers to use which will form the palate of pitches from which to create melodies and crunchy chords. The 0 represents a form of the tonal center.

A masterful example of Set Theory in application is the music from the Psycho Prelude by Bernard Hermann. This set of pitches includes 0, 6, 7, 10, and 11. He rearranges these pitches made up of the tritone, minor 2nds, and the major 7 to create the terrifying music we all associate with the film.

Another technique composers will often use to create a scary sound is called “bi-tonality.” This approach is a form of polytonality that uses 2 different keys at the same time. John Williams again uses this technique in the Jaws theme with an E minor chord and an Eb Dominant 7 chord moving up and down chromatically.

Igor Stravinsky uses this technique in his famous ballet Petrushka. He plays two major triads a tritone apart, C major and F# major, which clash horribly with each other. Although attributed to Stravinsky, other composers such as Franz Liszt and Maurice Ravel also used simultaneous major chords set a tritone apart in their music. Jazz Musicians will use this as an “upper structure” to color dominant chords.

When shifting the harmony, composer often modulate to closely related keys that share more common tones. But to create scary music with an unexpected effect, you can also modulate using a chromatic mediant relationship. Chords that are “mediants” are a third apart and share two common tones. A “chromatic mediant” shares only 1 common tone, and these sound especially dark and brooding.

Our Halloween Progression is built on that musical idea, as well as the Endless Minor Chords. These lessons help you master your chords and technique while at the same time playing scary music on piano to spook your friends. 👻

Similar to the Petrushka chord, you can also shift keys with harmonies that are a tritone apart using minor chords.

Composers will often use extended techniques to enliven the texture in their scores. In regards to creating scary piano music, this could involve striking the piano strings with mallets, sliding the hands over the strings while the pedal is depressed, or plucking the strings by hand. For a terrifying example of this, check out this piece called “The Banshee” by Henry Cowell written in 1925.

The trail-blazing composer John Cage pioneered the concept of “prepared piano,” in which a variety of objects such as bolts, screws, mutes, and rubber erasers are placed on or between the strings. This creates other-worldly percussive effects, which can also be heard in the scores of Jerry Goldsmith. The sound is certainly reminiscent of what you’d imagine skeletons and werewolves dancing to. Creepy examples abound.

Another extended technique uses the concept of Tone Clusters. These are usually indicated in a score by a block, and they specify a cluster of notes which can be played high or low on the piano. A tone cluster can be rolled, played on black keys only, white keys only, and can be played with your palms, fists, and even elbows! Clusters can be used to create dark ominous clouds of sound.

Composers also use a variety of rhythmic techniques to spook the listener. One example is to use odd time signatures in which it is hard to find the downbeat. The 1978 Michael Meyers Halloween Theme is a great example of the 5/4 rhythm. As a listener, you can subconsciously feel the uneasy nature of the time signature. Something isn’t quite right.

Another rhythmic technique used by composers is steady driving rhythms. These create tension and suspense. Tales from the Crypt, and many other scores by Danny Elfman have that driving sense of movement toward the victim.

Finally, composers can play with fluctuating tempo and rhythmic durations to create a sense of danger. This is again done expertly in Jaws by John Williams where we feel the rhythmic values getting shorter as the shark gets closer!

Halloween is simply way more fun when you add these spooky sounds to your piano bag of tricks. See what scary piano music you can come up with when you apply these tools!

And be sure to check out our full-length course on The Halloween Progression Challenge for more scary piano sounds.